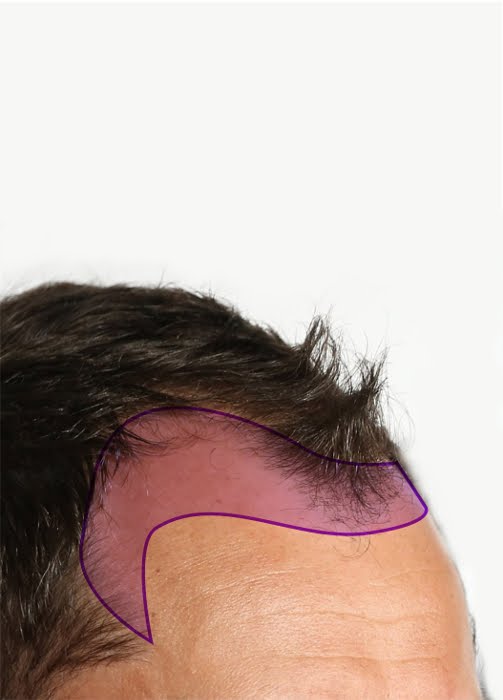 Hair Transplant is the most commonly performed cosmetic surgery in men throughout the world. And the reason is simple. It gives stunning results and transforms you completely.

Hair Transplant gives permanent results. Because the hair is harvested from the permanent zone at the back of your head they never fall. Well, only hair can replace hair anything else looks unnatural from miles away.

Your original hair is harvested and used for transplantation, so the colour match is perfect.

Hidden Scar: Whether FUT/Strip technique or FUE/Punch technique is used the scar is always hidden. No one can tell whether you have got a hair transplant just by looking at you.

Hair Transplant is a safe and straightforward one-day procedure. There is no pain during the process, and you can go home the same day. There is no need for any dressing.

So, What is Hair Transplant?

There are two crucial points to keep in mind. One, once the hair that is lost, i.e. the roots are gone, the hair will never grow back and second, new hair, taken from someone else, can’t be implanted. What happens is a redistribution of the existing hair. We know that the hair at the back of the head is not affected by hair loss and are the so-called ‘permanent hair zone’. All Hair Transplant techniques in one way or another harvest hair from this permanent zone and put them in areas of baldness.

The most common cause of permanent hair loss is Hereditary Androgenic Alopecia, commonly called MALE PATTERN BALDNESS (MPB) among men. In MPB hair is lost at the front, sides and crown region (i.e. the top of the head). Women are usually affected by Female Pattern Baldness, where there is diffuse hair loss throughout the scalp region.

FUT / Strip technique is the most commonly performed technique in the world and is considered as the gold standard. A strip of scalp skin along with hair follicles is harvested from the permanent zone and the remaining gap is sutured using ‘trichophytic’ closure technique to result in a thin imperceptible scar. The scar line gets covered by rest of the hair at the back of the head and so it is not visible. This strip is dissected under magnification using microscope and loupes and numerous follicular units are obtained.

The harvested strip is thin so that the scalp can be closed easily with sutures. Along with the size of the strip, the variability of the hair density among different people determines the number of follicles that are actually obtained. Once this number is known the surgeon creates appropriately placed very tiny incisions in the bald area and implants these follicles one by one.

In FUE / Punch technique the hair is harvested using a punch either by hand or by a machine. The punch is a small hollow needle-like thing which cuts a small circle around the follicular unit. The surgeon then plucks out the hair along with its root. No suturing is required. This is mainly useful in patients of low-grade baldness who require a lesser number of grafts. Similarly,  Once this number is known the surgeon creates appropriately placed very tiny incisions in the bald area and implants these follicles one by one
Know More ... 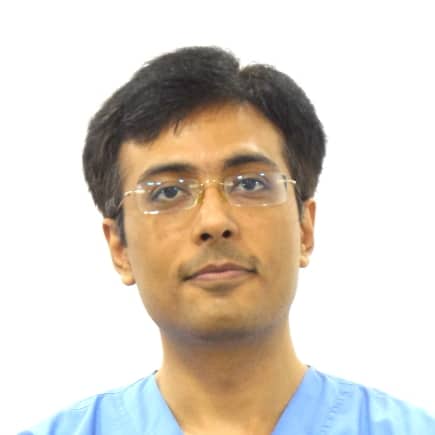 Well, Both are equally good, both give good results in trained hands. But each is meant for a different purpose.

The difference between FUE and Strip Hair transplant techniques can be easily understood by discussing three main issues. First the Follicle damage rates, Second number of sessions possible or the probability of repeat surgeries. And thirdly post-op scar and Pain

In the strip technique, a strip of skin along with hair and hair roots is harvested after which the team of surgical assistants dissects the follicular units under magnification looking directly at each hair follicle and its Root. So that the damage rate is meagre (< 1%), the work is faster, and there is very little wastage. But the downside is that additional staff is required, other infrastructures and costly microscopes are needed.

In FUE technique, the surgeon can not see below the skin. A calculated guess is made about the direction of the hair as it exits the skin. The punch is driven in the same direction as the hair along the hair shaft. If there is even a slight error in this angle, the hair gets cut, resulting in higher damage rates, from 10% to 20%. The surgeon takes out hair follicles one by one; hence, the process is slow.

It has also been observed that in some cases due to partial injury to the follicle at the time of FUE punch harvest, which is not visible at that time, the injured implanted hair grow weak and thin and may fall off in a few years.

In the strip technique, at a time around 1cm wide strip is harvested and the remaining donor areas may be used in further sessions. Around 3-4 sessions can be easily performed in a person depending upon the requirement. Although a six months interval is required between each session.

In FUE at least two follicular units have to be left in between the harvested sites, the complete donor area cannot be used, otherwise, the donor area will appear bald. So comparatively the yield in FUE is low and to obtain a sufficient number of grafts often the entire donor area is utilised in a single session making future sessions very difficult if not impossible.

Both FUT and FUE produce scars; all the advertisements for scar-less surgery are incorrect. Both are painless because both are performed under local anaesthesia.

In the strip technique, there is a single line-like scar at the back of the head. It may be 1 to 2 mm wide and is not appreciable even when someone runs a comb through the hair because the hair grows through the scar. A unique plastic surgery technique, Trichophytic Closure, allows the hair to grow through the scar line.

In FUE there are many-many small scar dots from the punch harvest. If a person keeps healthy length hair that is 2-4 cm or long hair, then both the scars are not visible. If a person shaves the head, then both are visible. If someone wants to keep the hair very small (“buzz cut”) the visibility of FUE scar is less than the visibility of a clearly defined line like scar running across the back of the head.

Often in people of dark-coloured skin, there may be colour changes in the FUE scars, which may be visible if the hair is kept too short.

Strip technique can only be used for harvesting the scalp hair. To harvest other body hair FUE technique is used. Other body region hair such as beard hair is used to increase the density by placing them in between transplanted scalp hair.

To summarise, the strip technique is relatively quicker, cheaper and gives much more hair follicles so anybody with moderate to severe baldness should pick strip technique. If the grade of baldness is low and the baldness is not increasing, then FUE is equally good although strip is still the preferred choice because MPB may progress at any time and more hair grafts may be required in the future.

What are the benefits of Hair Transplant procedure ?

Who are the best candidates for a Hair Transplant procedure ?

All individuals from grade 1 to grade 7 baldness may benefit from a hair transplant procedure. There is no age limit for hair transplant although we refrain from performing it in young men and women below the age of 22yrs. An ideal candidate for a chemical peel is in good physical health, understands the procedure, and has realistic expectations of the outcome.

How is Hair Transplant procedure performed ?

Before the procedure, you are asked to come to the Hair Transplant clinic in the morning after having your breakfast. You should scrub/shampoo your hair the night before and in the morning before coming to the clinic.

Hair transplant surgery is performed under local anesthesia and you will remain awake throughout the procedure. There is no pain. It usually takes 6-8 hours to perform the entire surgery. During this period you will be fully awake and have multiple breaks for snacks and lunch. You may enjoy soothing music and television.

While the Hair is being harvested from the backside of the head you have to lie face side down on the special hair transplant chair. Afterward, the surgeon makes a pattern of tiny holes in the bald areas and the surgical assistant’s transplant one hair follicle at a time in these small gaps. During this period you have to lie comfortably on your back. The surgery is over once all the grafts have been placed. A light dressing is applied at the donor site and the transplanted site is left open. Once the surgery is complete you are allowed to go home.

There is usually no pain or discomfort in the grafted area. There may be some tightness in the donor region for the first 2 to 3 days. Any pain is treated with pain medication.

When will I see the results ?

Normal hair has a growth cycle of three phases. During the first phase they grow for 3 to 7 years it is called Anagen phase, during the second phase they gradually thin out and fall this is the Catagen phase and lasts for around 3 weeks. After that, They go into a resting or sleeping phase which is called the Telogen phase and lasts for 3 months and then the cycle is repeated.

After surgery, the transplanted hair go into Telogen or sleeping phase. The small grafts are shed by the 3rd week but the roots remain inside. These roots start growing from the third month onwards and grow at a rate of around 1 cm per month. The final result is appreciable after the hair achieves sufficient length that is after 7 to 9 months.

How many Hair do i need for a natural looking result ?

This a very difficult question to answer. The approximate number of hair follicles required differs from person to person as their harvested hair quality differs. some have thicker hair and require less hair to get natural results others may have curly hair in which case lesser number of hair follicles may also give stunning results. Below is a chart to roughly give an idea about the hair requirement.

What are the risks and safety considerations ?

What are the After-Procedure instructions and precautions ?

You have been successfully subscribed! Our representative will be in contact with you shortly

Open chat
1
Need help?
Chat on WhatsApp
Hi,
Welcome to Kalpana Aesthetics.
How can I help?